So, I’m over here in Thailand having a BIG ADVENTURE (all caps), and in the meantime, my film is having premieres and whatnot in the Western Hemisphere.   Following on the success of our World Premiere in Ocho Rios, Jamaica, at the Jamaica International Reggae Film Festival, we now have a DVD release party in the USA.

My brother-from-another-continent, Selecta DJ Jigsy the Afrikan Juggla, has put together a crucial release party at the Nectar Lounge in Seattle.  In addition to the film, there will be a headlining performance from Winston “Flames” Jarrett, with opening acts Adrian Xavier, Junya Be, and–one of my favorite young singers from Jamaica–TURBULENCE!  There will also be two DJs spinnin’: Jigsy himself from Gambia, and Selecta Matsui from Japan. 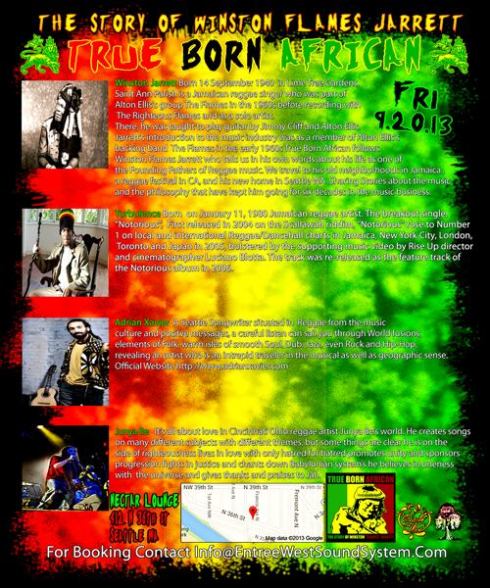 One World, One Life, One Love